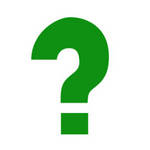 The author's mysterious insignia.
"Don't I know you?"
— The headline from ThatPersonYouMightKnow's fanfiction profile.
Advertisement:

is an author most known for the fanfiction serial The Lion King Adventures, and who has since published a novel, Flight.

He was 15 when he started The Lion King Adventures, which ran for a year and a half. It became a hit in fanfiction circles for The Lion King, creating fanfiction of its own, a massive fan forum, music, and dramatic readings. On January 1, 2014, he wrote and published his very last fanfiction story, Haiba Kong.

As of June 2014, he has published Flight, the first in a long line of novels he intends to write. The book is available on Amazon in e-book form, and those who wish for a hard copy can obtain a paperback edition on CreateSpace.