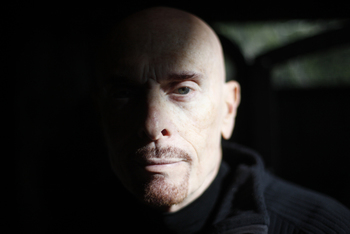 Terry Lee Goodkind (born May 1, 1948, died September 17, 2020) was a novelist known for writing the best-selling Sword of Truth series.

In his final years, he was working under contract for two different publishers, Putnam and Tor. Under his contract with Putnam he was obligated to write three novels, the first of which, The Law of Nines, was released in Summer 2009. Under the contract with Tor, he continued his Sword of Truth series with a new trilogy, starting with The Omen Machine in 2011, The Third Kingdom in 2013, and ending with Severed Souls in 2014. A prequel novella, The First Confessor: The Legend of Magda Searus was published in 2012.

A final installment, Warheart, was published in 2015, before Goodkind began a Spin-Off series centered around supporting character Nicci; the series lasted four books with the last book, Heart of Black Ice, being published in January 2020, seven months before Goodkind's death.

Goodkind liked to consider himself a philosophical novelist rather than a fantasy author. His later books in the Sword of Truth series have a strong Objectivist slant.

Not to be confused with Terry Brooks.

Works by Terry Goodkind with their own pages include:

Tropes found in Goodkind's works include: