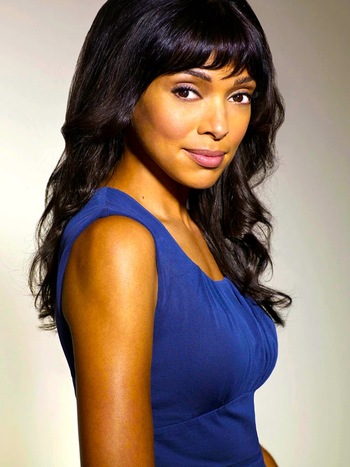 Tamara Taylor (born September 27, 1970 in Toronto, Ontario) is a Canadian television actress, like best-known for her work as a series regular on forensic crime drama Bones, playing Dr. Camille Saroyen. Prior to Bones she has roles on Lost, Party of Five and a small but nightmarishly memorable role in Serenity.

Tropes associated with her