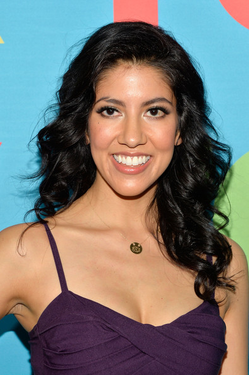 Stephanie Beatriz Bischoff Alvizurik (born February 10, 1981 in Neuquen, Argentina), credited as Stephanie Beatriz, is an Argentine-American actor. She and her family migrated from Argentina to the United States when Beatriz was three, and she went on to pursue acting. Her first major roles were in Modern Family and Short Term 12, and she is best known for the role of Rosa Diaz on Brooklyn Nine-Nine.

She is openly bisexual and married to actor Brad Hoss, and has written an op-ed about why getting married to a man should not be seen as making her any less bisexual.