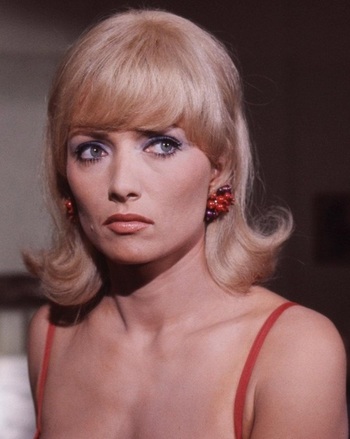 "I have not made a career; I have not given that much thought. When I first started, I just wanted to be a good actress."
Advertisement:

Stéphane Audran (born Colette Suzanne Dacheville; 8 November 1932 – 27 March 2018) was a French actress who became one of the leading figures in the 60-70's European cinema.

After playing supporting roles in several films of the French New Wave, she ended up a regular for Claude Chabrol, whose spouse she became in 1964 after a brief marriage to Jean-Louis Trintignant that lasted from 1954 to 1956. Subsequently, she appeared in several of Chabrol's films. She was characterised by her cool bourgeois chic and self-composure.