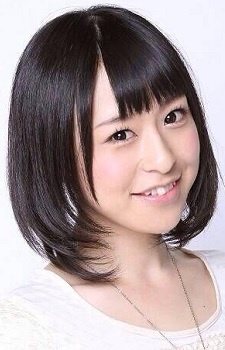 Sora Tokui, often affectionately called Soramaru, born on December 26, 1989, is an up-and-coming Japanese voice actress from Chiba Prefecture. She first became noticed as Nero Yuzurizaki of the Tantei Opera Milky Holmes quartet. She often ends up in the same shows as the other members of the group (especially Suzuko Mimori) and Yoshino Nanjo, as well as Emi Nitta; in addition, you can expect to find her in any anime based on Bushiroad (her talent agency's parent company) properties. Her forte appears to be goofy characters or hotheads.
Advertisement:

She is known to be a big fan of Neon Genesis Evangelion, and has cosplayed Asuka on occasion. She is also skilled at drawing manga, which can be read on her own website