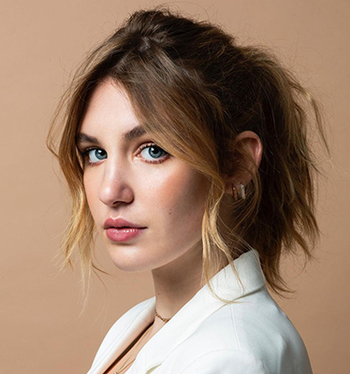 Sophie Nélisse (born March 27, 2000 in Windsor, Ontario) is a Canadian actress. She started out at the age of seven in commercials. Her film debut Monsieur Lazhar at the age of 10 won her a Canadian Screen Award for Best Supporting Actress. That film and most of her earlier roles were in French-language films and TV programs.

Tropes applicable to this creator: