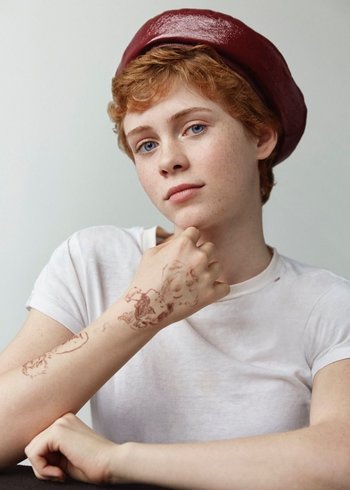 Her breakthrough happened with the role of teen Beverly Marsh in the 2017-2019 film adaptation of the seminal Stephen King horror novel It, followed by such roles as Syd Novak in Netflix's I Am Not Okay With This and Nancy Drew.

No relation to Rachael Lillis.

Tropes features in her works: