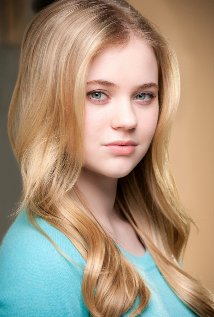 Sierra Nikole McCormick (born October 28, 1997 in Asheville, North Carolina) is an American actress who has appeared in over 20 films and TV series.

She is best known for her role as Olive Doyle in the Disney Channel Kid Com A.N.T. Farm, her participation in the U.S. game show Are You Smarter Than a 5th Grader? and her role as the demon Lilith in The CW series Supernatural.

Tropes that apply to Ms. McCormick include: