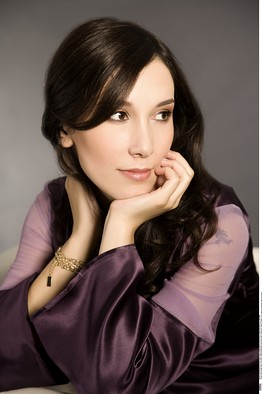 She began acting in pornographic movies; her first non-porn film role was as the co-star of Fatih Akin's acclaimed 2004 movie Gegen die Wand, released under the title Head-On in English-speaking countries. It was reported at the time that she got the break because the casting director couldn't find any non-porn Turkish-German actresses who were willing to do the nudity and (simulated) sex scenes required for the part. In 2006, she was in both the Turkish coup film Eve Dönüş as an official's wife and the Holocaust film Der letzte Zug as a Jewish woman on her way to a concentration camp. She won the Best Actress Lola for her role in the 2009 film Die Fremde.

She was quite upset when the German press began to report on her pornographic past around the time she started winning acting accolades, equating it to a "smear campaign". Due to this, her parents disowned her. She has also indicated domestic abuse occurred often in her family, but didn't go into detail.

She gained wider attention in 2011 when she began playing Shae, Tyrion Lannister's Camp Follower-turned-mistress, in Game of Thrones. She also has become a regular on German crime series Tatort playing investigator Sarah Brandt.