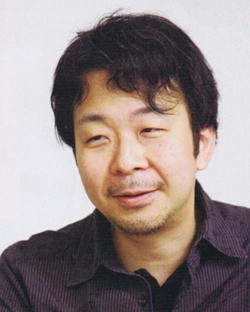 Shoji/Shouji Meguro (born June 4, 1971) is a popular video game composer who works for Atlus and has composed several soundtracks for their games, most popularly the Persona series. His music mainly features rock as a dominant genre but mixes a LOT of other genres as well,such as orchestral, hip-hop, rap, electronica, and jazz.

Tropes Associated with Shoji Meguro include: