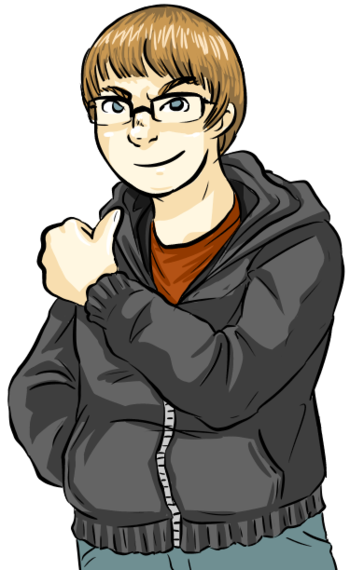 “Hello everybody, welcome back to TV Tropes!”
Advertisement:

Blake Mulder, AKA Shadowxx25, is a content creator on YouTube. His videos are mostly Let’s Plays but he’s made a couple countdowns, and plans to do commentaries and reviews as well.

Shadow is also a founding member and second in command of The Chaotic Crusaders, which does group Let’s Plays, Races, and other similar projects.

A link to his channel can be found here.[1]