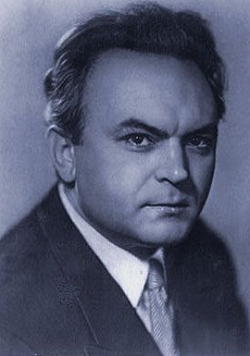 Sergei Fedorovich Bondarchuk (Russian: Серге́й Фё́дорович Бондарчу́к, 25 September 1920 – 20 October 1994) was a Soviet film actor, writer, and director. He was conscripted into the Great Patriotic War, and was discharged in 1946, after which he worked on films. He was president of the Union of Cinematographers from 1970 to 1986. His daughter Natalia Bondarchuk played the role of Hari in the Andrei Tarkovsky film Solaris, his other daughter Alyona Bondarchuk is also an actress, and his son Fyodor Bondarchuk directed the 2005 war film 9th Company.

Tropes about or used by Bondarchuk: