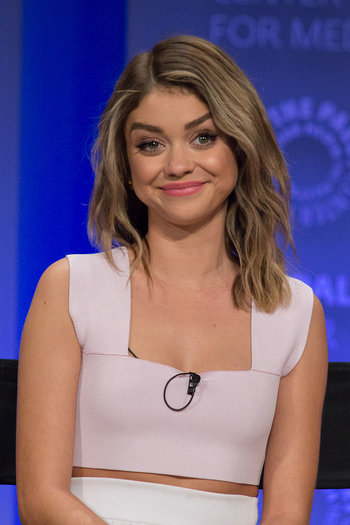 Sarah Jane Hyland (born November 24, 1990 in New York City, New York) is an American actress. Born in Manhattan, she attended the Professional Performing Arts School, followed by small roles in the films Private Parts, Annie (1999), and Blind Date (2007). Hyland is popularly known for playing the character of Haley Dunphy on the ABC sitcom Modern Family, for which she has received critical acclaim and numerous accolades and nominations, sharing four Screen Actors Guild Award for Outstanding Performance by an Ensemble in a Comedy Series with her cast members and garnering a Critics' Choice Television Award nomination Best Supporting Actress in a Comedy Series.