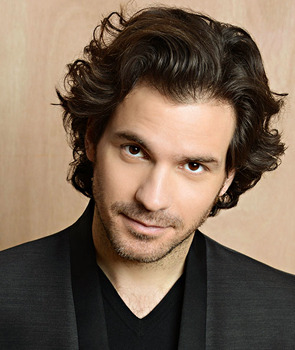 Santiago Cabrera (born 5 May 1978 in Caracas, Venezuela) is a Venezuelan-born British-trained actor of Chilean ancestry who grew up in various countries, including Chile, Romania, Canada, Spain and the UK (his parents were diplomats). Unsurprisingly, he speaks several languages and his roles often involve a Fake Nationality.

These include several Latino roles, including romantic interests and terrorists/freedom fighters, but some of his more famous roles are characters of ambiguous or non-specific ethnicity (eg. Lancelot from Merlin is presumably from somewhere in Britain and is Aramis from The Musketeers supposed to ethnically be French or Spanish?)