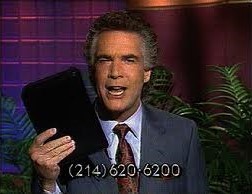 Robert Gibson Tilton (born June 7, 1946) is a televangelist and former pastor of the Word of Faith Family Church in Dallas, Texas. Patterning his programs after late night Infomercials, Tilton gained notoriety in The '80s for his flamboyant style and claims that followers could be rewarded with material success by donating exorbitant amounts of money to his ministry. At Tilton's peak, his Success-N-Life show could be seen in all 235 U.S. television markets, and his ministry brought in $80 million a year (more than Madonna and Michael Jackson combined).

Tilton's ministry fell into precipitous decline when ABC aired an investigative report which claimed that Tilton was enjoying an obscenely lavish lifestyle at the expense of his viewers. Their most damning revelation was that Tilton's ministry threw prayer requests in the trash after removing donated money. The report triggered a series of lawsuits by former followers. Even though the lawsuits were ultimately dismissed or overturned, the publicity was bad enough that Success-N-Life went off the air less than two years after the ABC broadcast.

Although Tilton lost his original ministry and all mainstream credibility, he has returned to television as host of a new version of Success-N-Life on BET's morning religious programming block. It appears he has dispensed with all pretense and has taken to writing books with such wholesome Christian messages as How To Pay Your Bills Supernaturally and How To Become Rich And Have Everything You Ever Wanted.

Robert Tilton is known for: