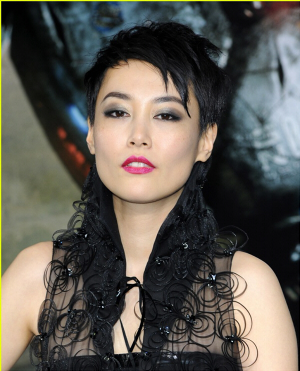 Rinko Kikuchi (born Yuriko Kikuchi, January 6, 1981 in Hadano, Japan) is a Japanese actress. She is best known in the West for her roles in Pacific Rim and The Brothers Bloom. She was the first Japanese actress in 50 years to be nominated for an Academy Award, for her role as a deaf-mute girl in Babel.

Tropes that apply to this actress: