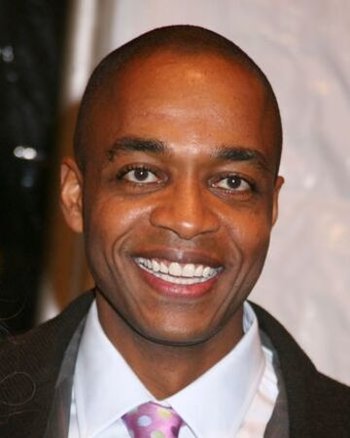 Richard "Rick" Worthy (born March 12, 1967) is an American actor, best known for appearing in a variety of science fiction and fantasy television shows. He is perhaps best known for his recurring role as Dr Simon O'Neill (Cylon Model Number Four) in the reimagined Battlestar Galactica (2003).

He had a recurring role on The Man in the High Castle and was a series regular on The Magicians.