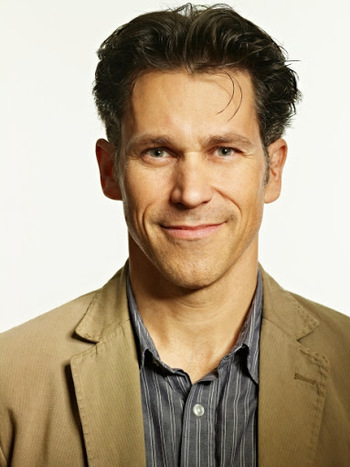 Rick Miller is best known for his work in theatrical comedy, with most notable creations being his solo show MacHomer, in which he portrayed the cast of The Simpsons in the roles of characters from Shakespeare's Macbeth, and the two-man Star Wars/Game of Thrones mash-up parody Game of Clones. You also might recognize him for hosting the Just for Laughs: Gags television series and performing "Queen's Bohemian Rhapsody by 25 of the most annoying voices in the music"

Outside of stage performances, Rick Miller has also done quite a bit of acting for film and television, as well as voice acting for animation and video games. We've listed some of his roles below.

Rick Miller is also the co-creative director of the Kidoons Network, a Canadian multimedia company that develops family touring stage shows like their 2015 adaptation of Twenty Thousand Leagues Under The Sea and 2018 take on The Jungle Book, as well as web animations. He's also the frontman for the Toronto party band TRAINWRECK.