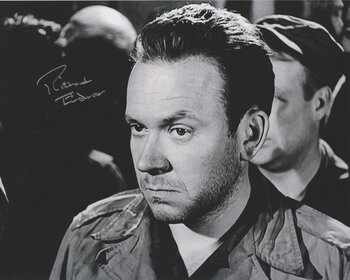 Shut up, Leonard! Nobody wants another Self-Demonstrating Article!

John Richard Erdmann (June 1, 1925 – March 16, 2019), known by the state name of Richard Erdman, was an American character actor and sometime director whose career lasted for more than seven decades. Early in his career he costarred in The Blue Gardenia and Stalag 17. Later on he played a major role in the US/Japanese co-production Tora! Tora! Tora!. Late in his career he gained a new generation of fans for his role as rowdy eternal student Leonard on the sitcom Community.

Erdman was married twice, to Leza Holland and Sharon Randall, and had one child.