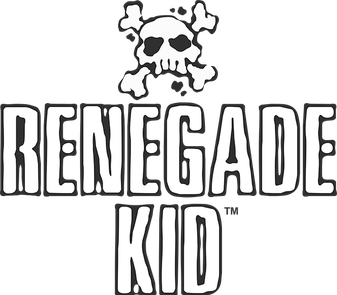 Renegade Kid is an indie video game developer founded in 2007 by Jools Watsham and Gregg Hargrove. They started by making the Survival Horror game Dementium: The Ward for the Nintendo DS (which has been described by many as a cross between Silent Hill and Doom³). The game received mixed scores, but overall positive reviews from critics.

The company continued to receive critical acclaim as they went on, particularly during their time working on the Nintendo 3DS, with games such as Mutant Mudds and a remastered version of the first Dementium game (which aimed to fix problems some had with the original).

In 2016, the company closed down, but its various franchises were obtained by two other companies. Atooi, a studio formed by Watsham a year earlier that originally focused on mobile games, gained the rights to all of Renegade Kid's 2-D properties, while Infitizmo, a new company formed by Hargrove, gained the 3-D properties.

Tropes that apply to their games: