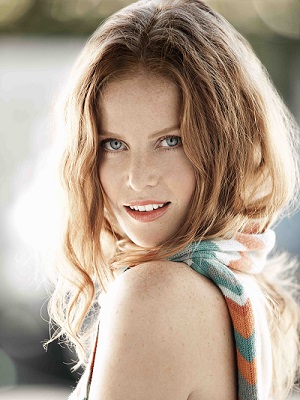 "I'm such a fan girl when it comes to movies, TV and sci-fi, sometimes I can't believe I actually get to be in them."
Advertisement:

Rebecca Leigh Mader (born 24 April 1977 in Cambridge, England) is an English actress, best known for her role as Charlotte Lewis on Lost. In 2014 she played the role of Wicked Witch of the West, the main antagonist of the second half of Season 3 on Once Upon a Time. She's also had numerous supporting roles in film and was a model prior to becoming an actress.

She updates her Twitter constantly, and enjoys interacting with fans and is usually a fan of the shows she gets cast on. Her twitter is here: https://twitter.com/bexmader