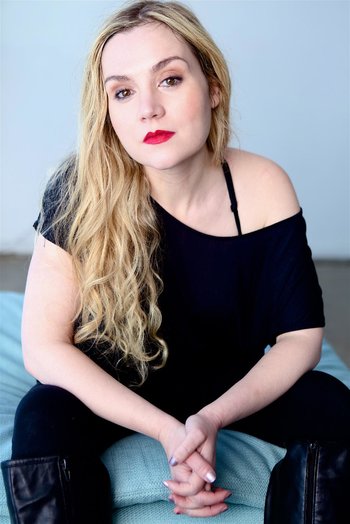 Rachel Anne Miner (born July 29th, 1980 in New York City) is an American actress. She is best known for her role on Supernatural. She's the daughter of director/producer Peter Miner and granddaughter of film producer, screenwriter, actor and director Worthington Miner and actress Frances Fuller. From 1998-2000 she was married to actor Macaulay Culkin.

Miner suffers from multiple sclerosis and is an advocate for disability representation.

Tropes associated with Rachel and her career: