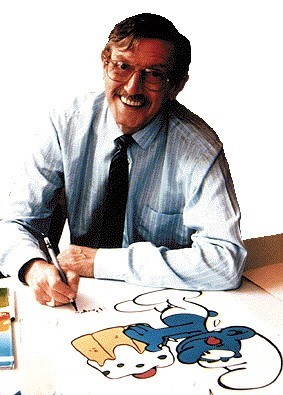 He remains best known for the creation of The Smurfs (Les Schtroumpfs). He made other comic book series, but they were all overshadowed in popularity by the little blue men, especially the one they originated in.

A 23 minute long documentary about him

and his career was aired in 1976 titled "Et Peyo demande : Passe-moi le Schtroumpf" ("And Peyo asks: Pass me the smurf?").

Tropes & Trivia applying to his works: