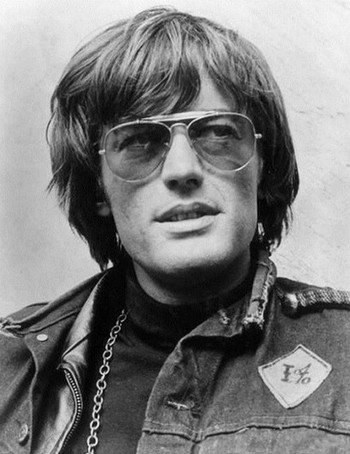 He became one of the symbols the counterculture of the 1960s with his role as Wyatt in Easy Rider (1969), which he also co-wrote and for which he earned an Academy Award nomination for Best Original Screenplay. He was also nominated for an Academy Award for Best Actor for Ulee's Gold (1997).

He was the son of Henry Fonda, the younger brother of Jane Fonda, and the father of Bridget Fonda. He passed away from respiratory failure stemming from lung cancer, one month after the 50th anniversary of the release of Easy Rider.

Tropes applying to his roles: