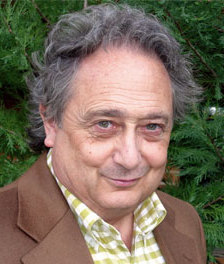 "After 46 years of professional experience I am willing to learn everything they are willing to teach me, and with the same eagerness and enthusiasm I had in 1963."
—Pepe Carabias about his career.

José "Pepe" Carabias Lorenzo (born April 23, 1947) is a Spanish comedian, actor and voice actor, or most specifically the godfather of the Spain-dubbed anime. Possibly the single most known Spaniard voice actor along with Constantino Romero, he has been around the business from its starting in The '80s, eventually settling down with distributor company Arait Multimedia as part of its voice cast. Despite his perennial dubbing Typecast as teenagers or young bumbling characters due to his funny voice, Carabias is one of the most versatile guys in Spanish audiovisual media, having also a long career as TV, film and stage actor, both in comedy and drama.

His breakout and most famous role was in Captain Tsubasa, voicing Genzo Wakabayashi (known as Benjamin "Benji" Price in Europe, including Spain), where he showed he was capable of a surprisingly commanding voice, totally befitting the character. Since the series as a whole became a popular cultural milestone in Spain, being the series that, alongside Dragon Ball, popularized manga and anime in the country, his character was a source of inspiration of an entire generation of kids that later on would become professional soccer players. Including Real Madrid goalkeeper Íker Casillas, who Carabias developed a real life Odd Friendship with many years later. Ironically enough, Carabias has stated he doesn't like soccer at all.

Carabias is famous also by his career as collaborator of the comedy duo Cruz y Raya (Juan Muñoz and José Mota), playing the character of a gypsy patriarch named El Papa. He has kept playing parodic gypsy characters in Muñoz's films.

As a curiosity, Carabias is the only Spaniard who worked with Jim Henson, voicing a lookalike muppet called Pepe Soplillo in the child show El Kiosco.

Tropes that apply to Pepe Carabias: