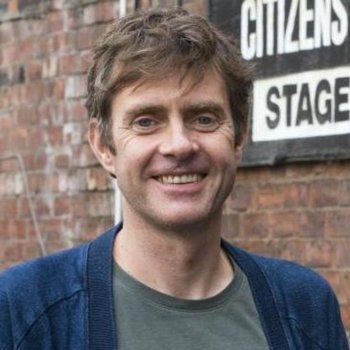 Paul Higgins (born 1964) is a Scottish actor from Lanarkshire. He trained as a priest until he was 17 and now considers himself a lapsed Catholic.

He is most known for playing Jamie MacDonald in The Thick of It and its movie spinoff, In the Loop. He also appeared as Michael Dugdale in Utopia, and as Derek Hilton in Line of Duty. He is also a stage actor, and wrote a play titled Nobody Will Ever Forgive Us.

He married Amelia Bullmore in 1993. They have two daughters.