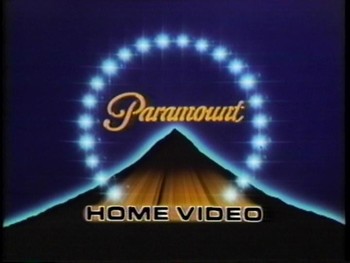 Paramount Home Video is one of the earliest players in the video industry.

Paramount Pictures first attempted to enter the industry in 1976 when it entered into a pact with S/T Videocassette Duplicating Corporation to release certain of its films on videocassette. Nothing came of that deal, however, and Paramount's movies would remain unavailable for three more years, until Paramount joined forces with Fotomat to release many of its films on videocassette for rental. Following an early test run, the program was expanded nationwide; however, the program faced numerous problems during the test run, not the least of which was tapes getting lost in transit or resold by less innocuous interests. Recognizing the problem, Paramount decided to self-release its tapes for sale, initially through Sound and Video Unlimited, and the next January made its CES debut along with Columbia Pictures Home Entertainment and WCI Home Video. It's known that at least 46 titles were previewed at that year's CES, all of which had previously been rental-only offerings via Fotomat. Later that year, in October, they debuted a new logo which drew heavily, it was later discovered, from that of sister company Paramount Television Service. The next year, they simply stopped using a logo on most releases, opting to not use any logo at all when they started releasing their titles on laser videodisc that same year.

In 1982, they released a title that would change the home video game forever: Star Trek II: The Wrath of Khan. The title was priced directly for the consumer, and from that moment on, home video would never be the same again.