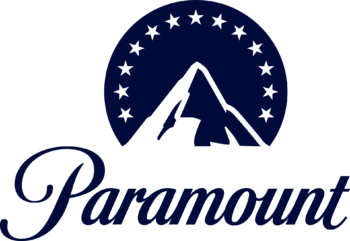 , or simply Paramount, is a major American entertainment company based in New York City. The company was previously known as ViacomCBS, the name being a portmanteau of Viacom, a media conglomerate originally founded in 1952, and CBS.

In 2006, Viacom would become "CBS Corporation" after spinning off a new company under the Viacom name. This new incarnation of Viacom consisted of Paramount Pictures, and cable networks, such as MTV, Nickelodeon, Comedy Central and BET, among other properties. CBS Corp would retain Showtime, Pop TV (formerly TVGN), and of course, The Eye.

Both Viacom and CBS Corp were majorly held by National Amusements, a theatre chain operator and holding company. After years of negotiations, and amidst a changing entertainment landscape, the two companies would re-unite in December 2019.

The original Viacom started as CBS's "film sales" division in the mid-1950s, founded to sell some of the network's biggest hits into the syndication market. Back then, CBS had a policy of either owning its shows outright or purchasing the distribution rights, making it so that most of CBS's output from 1950 to 1970 ended being syndicated by CBS as well. NBC and ABC also established their own "film sales" divisions around the same time with the same practices.

This changed in 1971, when the FCC adopted the "fin-syn" rule, which stated that television networks could no longer syndicate their own shows. (This rule has since been repealed.) As a result, CBS decided to spin its sales division off. (The other two networks did the same, with ABC Films becoming Worldvision Enterprises and NBC selling its film library except You Bet Your Life to National Telefilm Associates.) Following this lead, Viacom became one of the busiest syndicators in the USA. Armed with huge hits such as I Love Lucy, The Andy Griffith Show, The Dick Van Dyke Show, Hawaii Five-O and The Mary Tyler Moore Show, Viacom was doing well for itself by the early 1980s, and was looking to expand. It also owned a large film library of many films that were originally independently produced, including a number of films produced by Hal Wallis that were originally distributed by Paramount in the 1950s and 1960s, these films returning to Paramount's fold when it was acquired by Viacom.

Its first big purchase was MTV Networksnote parent of MTV and Nickelodeon, and then co-owned by what was then the parent company of Warner Bros., Warner Communications, and, of all companies, American Express; MTV, Nick and The Movie Channel had their roots in Warner's experimental and revolutionary QUBE interactive cable TV service in 1985. They already owned another Warner-Amex network, The Movie Channel, after merging it with their own Showtime pay-TV service. It was also around this time that Viacom began a partnership with Fred Silverman and Dean Hargrove that yielded among others the Perry Mason television film series, Matlock, Jake and the Fatman, and Diagnosis: Murder (each of the latter three featured lead actors who previously starred in series that Viacom held the syndication rights to at the time - Andy Griffith from The Andy Griffith Show, William Conrad from Cannon, and Dick Van Dyke from The Dick Van Dyke Show, respectively), which proved that Viacom was finally as capable of producing hit series themselves as they were distributing older hit series on behalf of other companies, ushering in a major period of growth for Viacom (before the Silverman/Hargrove partnership, Viacom's only successful in-house production was a mini-series adaptation of East of Eden in 1981, none of Viacom's weekly in-house primetime series would have a long, sustained run until Matlock).

Later, Viacom got the distribution rights to The Cosby Show, still a massive hit at the time and a huge potential money maker. The really big purchases came later though after the company fell under the control of theatre magnate Sumner M. Redstone, as Viacom successfully devoured Paramount Communications in 1994, Blockbuster Video the same year and Spelling Entertainment Group note which, aside from Spelling's own output, held the rights to a huge back catalog; Spelling had purchased Republic Pictures (formerly NTA; It's a Wonderful Life, pre-1973 NBC shows, Paramount's animated shorts, etc.) and Worldvision Enterprises (pre-1973 ABC shows, most of Quinn Martin's library) in 1994 and 1988, respectively in 1999 (it had already acquired 78% of Spelling via the Blockbuster deal, this to Paramount Television at the time having the rights to the catalogs of the former ABC Films, CBS Films, and NBC Films) and finally its own former parent, CBS, in 2000, though its last major purchase was that of BET in 2001.

In 2005, however, it was decided that Viacom should be split in two. The rationale given at the time was that MTV, Nickelodeon and Paramount were "hot" and the rest of CBS was more "cool", as far as growth was concerned. Viacom spun off MTV Networks and Paramount as a "new" Viacom that took the name, and then the old Viacom renamed itself CBS Corporation. (Paramount Television and its library was kept by CBS, separating it from the movie studio. It was soon merged with CBS' in-house studio to form CBS Paramount Television. The studio is now named CBS Television Studios.) However, many people actually believed that the real reason for the split was a result of declining revenues caused by bad publicity stemming from Janet Jackson's Wardrobe Malfunction during the half-time show for Super Bowl XXXVIII (which was produced by MTV, whom the NFL has banned from ever producing another half-time show; the de-merger conveniently separated MTV from CBS), and a report on 60 Minutes spinoff show 60 Minutes II questioning George W. Bush's service in the National Guard, which later turned out to be forged. The separation was also a Solomon-esque resolution to an intra-company "bake-off" between co-COOs Les Moonves and Tom Freston to replace Sumner Redstone, the majority owner of the company, as CEO. Moonves was still the CEO of CBS Corporation until 2018, when he resigned amid sexual harassment allegations, while post-separation Viacom CEO Freston was fired several years afterward and replaced with Philippe Dauman, a Viacom director and close friend of Redstone.

Dauman's run as CEO of Viacom had mixed results. Under Dauman's direction, Viacom made some expensive acquisitions, namely the Teenage Mutant Ninja Turtles franchise and a 30% stake in the Rainbow S.r.l. studio (the creators of Winx Club). These purchases cost the company $60 million and $80 million respectively. Dauman's resentment for digital media and YouTube, and a synergy strategy that was seen as mediocre at best, led to the company falling behind its competitors in expanding their portfolios, causing them to be disproportionately affected by the ongoing "cord-cutting" trend. Notably, a high-profile dispute with DirecTV in the summer of 2012, which stretched over for a week, caused a viewership crash across all Viacom networks that year. Viacom's intention to move further into animation hit a speed bump after Katzenberg and DreamWorks Animation bolted from the firm, and tensions finally reached a boiling point in 2016 when, after several steep drops in the stock market, Sumner's very estranged daughter, Shari Redstone, returned to the picture. Sumner, whose health was increasingly deteriorating, threw Dauman and partner George Abrams off his trust, a move that has incurred a high-profile lawsuit from Dauman; the feud between the two former friends unceremoniously ended Dauman's tenure at Viacom and got the board of directors overhauled in what the press called "a Game of Thrones".

During this era, the company was infamous among many YouTube users for removing videosnote  and banning the user's YouTube account, not to mention requesting access to users' view history in its lawsuit against YouTube, hinting that it would start coming after YouTubers personally. This of course did not fly in court., in large part because of former head Dauman's utter hatred toward digital media. Fortunately, things have started to cool down since his ouster. Before that, it was notorious for attacking Star Trek fan sites.

Restructuring and reunion with CBS (2017-present)

In 2017, in an effort to turn its fortunes around, Viacom put all attention and resources to focus on six brands: MTV, Nickelodeon, Nick Jr., BET, Comedy Central, and Paramount. Spike TV was relaunched as Paramount Network in 2018 in order to bring it in line with the strategy. The company would also acquire another franchise for Nick in the Garfield and U.S. Acres IPs in August 2019.

Viacom has also taken a dive into the streaming world with its purchase of Pluto TV in 2019, a free service modeled after cable television but with primarily internet-sourced content. Instead of following the recent trend of launching all-encompassing SVODs to compete with Netflix and Amazon, Viacom initially co-produced and distributed original programming with third-party outlets such as Facebook Watch and VRV.

in-which Viacom would merge with CBS Corporation, uniting the two companies for the first time since 2005. Rumors about this have been swirling for years and there have been attempts at a re-merger in the past, but it was the ousting of Les Moonves in 2018 over sexual misconduct allegations that opened the doors to further discussion in June 2019. The deal was officially closed on December 4, 2019, with the combined entity being branded as ViacomCBS. National Amusements retains majority control of the combined firm.

On December 20, 2019, ViacomCBS acquired a 49% stake in Miramax from beIN Media Group, adding a catalog of 700 films to the Paramount Pictures library including Clerks, Pulp Fiction and Good Will Hunting. This became the first acquisition for the company after the re-merger. This acquisition gave Paramount the worldwide rights to titles it had previously co-produced with Miramax, such as The Talented Mr. Ripley, No Country for Old Men and There Will Be Blood.

In February 2020, ViacomCBS finally unveiled their answer to HBO Max and Peacock: CBS All-Access was eventually relaunched under a new name, Paramount+ and joined content from CBS and Nickelodeon, as previously announced before the merger, with the rest of their cable networks' division, Paramount, and Pluto TV, in addition to offering Showtime through a premium tier. Several months later, ViacomCBS announced an expanded carriage agreement with YouTube TV that will see all of the legacy Viacom cable networks added to the platform. Prior to that deal, CBS, Pop TV and the Showtime networks were the only network offered on the platform as part of a pre-merger agreement with CBS Corporation (with Showtime being part of a premium tier). A similar agreement was made with Hulu a year later.

In February of 2022, ViacomCBS officially rebranded as Paramount and adopted the iconic name used by the motion picture studio that they own. The legal name of the company is Paramount Global, but the word "Global" is not part of the company's marketing brand. As a result, Paramount Pictures began using its full name from that year onwards.

Besides being a syndicator of reruns, the original Viacom has also produced and/or distributed several shows by itself:

Paramount Global owns the following assets (with their own pages):