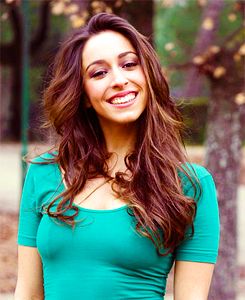 She is one of those Chaplins—granddaughter of Charlie Chaplin and Oona O'Neill, daughter of Charlie and Oona's daughter Geraldine Chaplin, and great-granddaughter of playwright Eugene O'Neill. In her youth Oona traveled around the world, visiting Switzerland, Cuba, America, and other countries. At age fifteen, she won a drama scholarship to Gordonstoun school in Scotland, where she began acting in school plays. After graduating from Gordonstoun, she studied at the Royal Academy of Dramatic Art. Her first starring role was in the Spanish horror film Imago Mortis alongside her mother. Oona has since appeared on several British TV shows, such as Married Single Other, Sherlock, The Hour, and Game of Thrones.