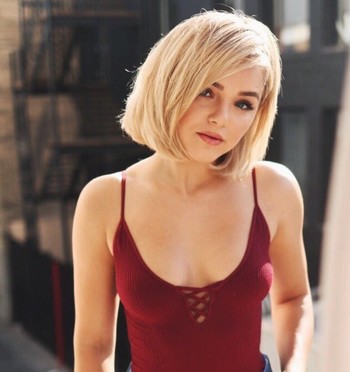 Oana Andreea Grigoruț, known professionally as Oana Gregory, is a Romanian-American actress, best known for playing Amanda Bernstein on the Disney XD series Crash & Bernstein. Originally from the small Romanian town of Negrești-Oaș, Gregory moved to the United States when she was six and grew up in Chicago. In addition to Crash & Bernstein, Gregory has also appeared on the Disney XD shows Kickin' It and Lab Rats