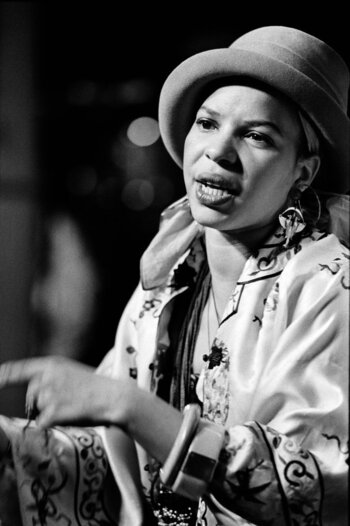 Ntozake Shange, born Paulette Linda Williams (October 18, 1948 – October 27, 2018) is an American playwright and poet. Born into a family that appreciated the arts (with guests such as Miles Davis, Dizzy Gillespie, and Chuck Berry being guests in their home), Shange started writing poems and incorporating her experiences as a black woman in America, writing about feminism and dealing with racism.

Shange is best known for her poetry and plays, her most known work being the 1976 play for colored girls who have considered suicide when the rainbow is enuf, which was originally a 20-part "choreopoem". The play was adapted into a film by Tyler Perry in 2010.

Shange passed away on October 27, 2018, after a brief illness following a series of strokes.