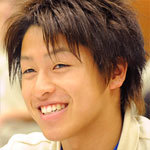 Born in 1951, Nobuo Tomizawa is one of the lead directors of Telecom. He first started at Nippon Animation (then known as Zuiyo Eizo) in 1972 (the Japanese version of The Other Wiki said that he came to Nippon Animation in 1974, but Tomizawa said in a conference that he came there in 1972) and left that production company to come to Telecom in 1977 for more money and he became a director in 1980 after one of the studio's directors died during the production of the Ulysses 31 pliot and took over the production on it.

Productions worked on by Nobuo Tomizawa: