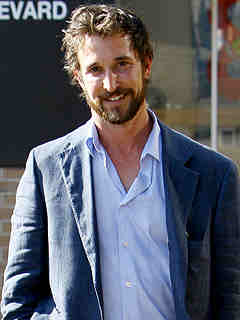 Noah Strausser Speer Wyle (pronounced Wy-lee)(born June 4, 1971 in Hollywood, California) is an American film, television, and theatre actor. He is best known for his roles as Dr. John Carter in ER and as Tom Mason in Falling Skies. He has also played Steve Jobs in the 1999 Bio Pic Pirates of Silicon Valley, Dr. Kenneth Monnitoff in the Cult Classic Donnie Darko, and Flynn Carsen in The Librarian franchise.