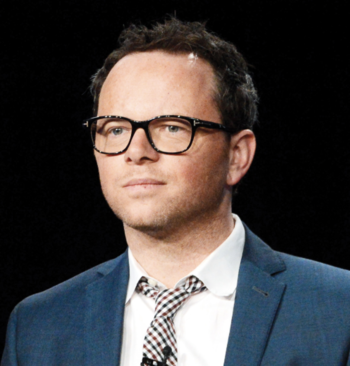 Noah Hawley is an American television writer and producer who created the FX crime/dark-comedy/drama series Fargo based on the Coen Brothers movie of the same name (with inspiration from their other works) in 2014, and later the psychological-superhero-thriller series Legion based on the Marvel comic of the same name three years later. Known for being an incredibly hands-on showrunner, Hawley also wrote the best-selling novel Before the Fall in 2016 while juggling his two shows of vastly differing style. The rights were eventually purchased by Sony, who plan to adapt it into a movie with Hawley himself writing the screenplay. He also announced in 2017 that he would be directing a movie based on Doctor Doom, but with Disney's acquisition of 20th Century Fox and the shuttering of a number of planned Fox-Marvel movies, what's on the horizon is anyone's guess. For what it's worth, Kevin Feige implied that he was interested in the script when speaking to him.

Works Hawley has been credited in: