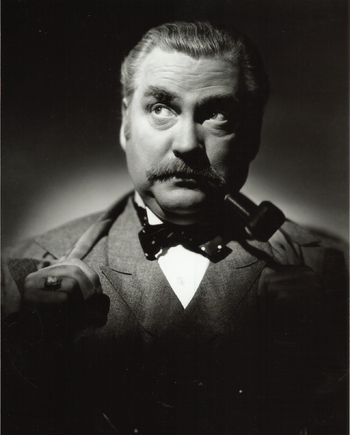 William Nigel Ernle Bruce (4 February 1895 – 8 October 1953) was a British character actor of stage and screen, born in Mexico. He tended to play Upper Class Twits and other variations on extremely British buffoons. He was best known for his portrayal of Dr. Watson in a series of films and in the radio series The New Adventures of Sherlock Holmes (starring Basil Rathbone as Sherlock Holmes). Bruce is also remembered for his roles in the Alfred Hitchcock films Rebecca and Suspicion.