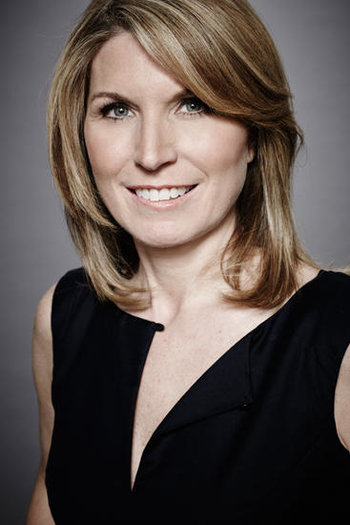 Nicolle Wallace (nee Devenish, born February 4, 1972) is an American TV host and author best known for her work on MSNBC and NBC News.

Wallace previously had a political career, serving as the White House Communications Director during the presidency of George W. Bush and in his 2004 re-election campaign, and also served as a senior advisor for John McCain's 2008 presidential campaign (In the film version of Game Change, she was played by Sarah Paulson).

She is married to businessman Mark Wallace and they have one child.