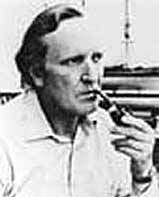 Nicholas Fisk (1923-2016) was an English writer of children's science fiction. His novels include:

Grinny was adapted for an episode of CBS Storybreak. Monster Maker inspired a TV movie that featured Jim Henson's Creature Shop monsters and aired as part of The Jim Henson Hour.