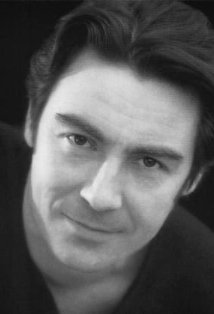 "I was 8–1 to be the next Bond just before Daniel Craig got it."
Advertisement:

Nathaniel Parker (born 18 May 1962 in London, England) is an award-winning British actor most notable for playing the titular Inspector Lynley, Nathaniel Parker's earliest claim to fame was as Flying Officer 'Flash' Gordon on the television show Piece of Cake, about the fighter pilots of the Battle of Britain. His most recent high-profile role was as Lord Agravaine on Merlin's fourth series.

His other notable roles include Harold Skimpole on Bleak House, Gabriel Oak on Far from the Madding Crowd, Rawdon Crawley in a BBC adaptation of Vanity Fair, Dunstan Thorn in cult hit Stardust, Cassio in the 1995 film version of Othello, and Edward Rochester in Wide Sargasso Sea.

Parker joined the National Youth Theatre and subsequently studied at the London Academy of Music and Dramatic Art. Afterward he joined the Royal Shakespeare Company, where he played Bassanio in The Merchant of Venice both on the West End and on Broadway. His breakout role was the aforementioned role on Piece of Cake, and he has been a regular presence on television ever since, including a seven-year starring role as Det. Inspector Thomas "Tommy" Lynley opposite Sharon Small as Det. Sergeant Barbara Havers.

After Lynley ended, he returned to the stage, culminating in winning an Olivier Award as Best Supporting Actor for his role as King Henry VIII in the West End production of Hilary Mantel's Wolf Hall. A trip across the Pond with the production landed him a Tony nomination, as well.

Parker is also a voiceover artist who has worked in audio books, most notably on Eoin Colfer's Artemis Fowl series.

He has been married to actress Anna Patrick (Rome) since 1992; they have two daughters, Raphaella and Angelica.