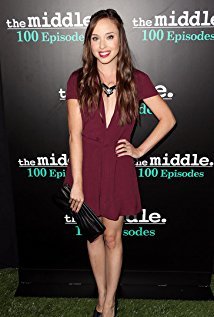 Natalie Lander (born March 28, 1983 in Hollywood, California) is an American actress and voice actress, best known as cheerleader Debbie on The Middle and Kinzie Kensington in the Saints Row series.

Her dad is the late David Lander (that's right, Squiggy from Laverne & Shirley).