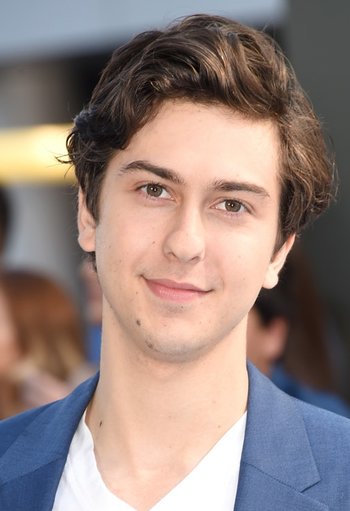 Nathaniel Marvin Wolff (born December 17, 1994 in Los Angeles, California) is an American musician and actor. The son of actress Polly Draper (thirtysomething) and pianist Michael Wolff (The Arsenio Hall Show), he and his brother Alex were exposed to show business at a young age, and composed the music for and starred in The Naked Brothers Band while teens. After the show ended, they continued performing music as "Nat and Alex Wolff". He has also done some acting by himself, appearing in films like Palo Alto, The Fault in Our Stars, Paper Towns, and Death Note (2017) among others.