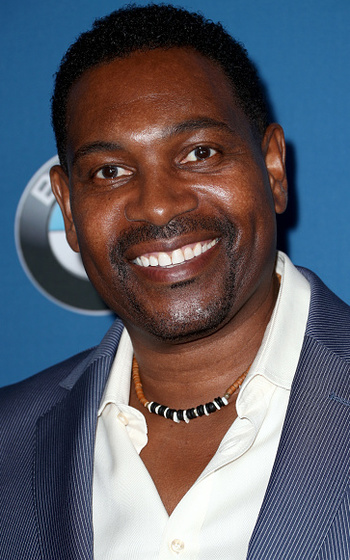 Michael T. "Mykelti" Williamson (born March 4, 1960 in St. Louis, Missouri) is an American actor. He's probably best known for his role as hopeful shrimp farmer Benjamin Buford "Bubba" Blue in the iconic 1994 film Forrest Gump and as Baby-O in the 1997 action thriller Con Air. He starred on 24 as Director Brian Hastings in Season 8 and has recently recurred as Ellstin Limehouse in the critically acclaimed Justified.