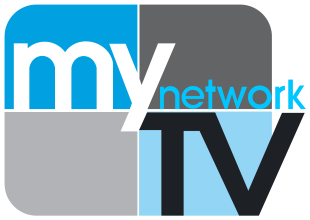 "To be honest, I didn't even know I had a network!"
—John Cena, WWE Friday Night SmackDown!
Advertisement:

MyNetworkTV is a syndication service that was created by Fox in 2006 to fill soon-to-be emptied primetime slots on their TV stations that were affiliated with UPN. As UPN and The WB were merging to form The CW, it transpired that many UPN-affiliated stations owned by Fox would not get the chance to become affiliated with the new network (though only in locations with WB stations owned by Tribune Broadcasting, which had first dibs under the terms of the mergernote as compensation for not getting a stake in The CW, because Tribune had been part-owners of The WB; had Fox cooperated, some of their other stations could've easily ended up top-choice CW affiliates). In response, Fox decided to make their own network out of all of their UPN-affiliated stations, and furthermore shunned all mentions and advertising of UPN on those stations until the network's September 2006 demise. Most of the various WB and UPN affiliates that were left behind by the merger also signed-on with MyNetworkTV.

MNTV started off pretending to be a legit network (some stations even changed their callsigns to reflect their new affiliation), airing English-language versions of popular Latin American telenovelas five nights a week. The World Music Awards (which previously set negative ratings records for ABC and Fox) was the last remaining program from the network's original schedule, though the music industry's own woes have caused that show to not take place for the last few years; when it did take place again in 2014, the show had major technical and behind-the-scenes difficulties which resulted in NBC not receiving the finished product.

After just a year, the telenovela format faded into the mists. It should be noted that there were also early promises to program imported or adapted programming from Sky in the UK and Fox News to air alongside the telenovelas, but those were thrown aside in favor of the latter. Programming like IFL Battleground (a failed attempt to turn Mixed Martial Arts into a team sport that eventually got eaten up by UFC), the Ujena Bikini Jam, Hooters pageants, the Taurus World Stunt Awards, a revival of Paradise Hotel and World's Funniest Moments filled the void that was left by the telenovelas.

The network kept limping along, however. Its first major grab was WWE Friday Night SmackDown!, but the rest of its lineup consisted of reality shows, stage magic (new episodes of Magic's Biggest Secrets Finally Revealed were well-received), Temptation (2007), Trivial Pursuit: America Plays, and Under One Roof (a short-lived sitcom starring Flavor Flav, which was shot in Canada while the 2008 writer's strike went on, so it was unaffected). In September 2009, MyNetworkTV officially stopped pretending and became a two-hour syndicated programming block, similar in concept to the short-lived PTEN. It discontinued all original non-syndicated programming that wasn't SmackDown! and replaced it with syndicated game shows, Thursday-night movies, and reruns of The Unit and Law & Order: Criminal Intent. One of its original shows, Jail, got picked up by Spike TV.

In October 2010, SmackDown! moved to Syfy and MNTV became the Old Shame of Fox and the network's affiliates, airing repeats of game shows already in syndication (usually in very low-rated timeslots) and other dramas such as Burn Notice, Monk, and Without a Trace, which act as filler for independent stations scared of programming primetime. In 2011, even those pseudo-original game shows were ousted due to them not doing well at all in syndication, with Cold Case and Law & Order: Special Victims Unit reruns being added to fill out all five nights.

Many of the network's higher-rated stations (that aren't owned by Fox itself, that is; those stations get a living Mascot in the shape of the network logo named C. More TV) begun to shun MNTV and drop all mentions of it, airing the programming in post-midnight death slots and instead carrying local programming (such as high school and major-league sports) and news in primetime, as they feel comfortable enough to compete without Fox's lack of help to themnote Tribune briefly did the same with many of its CW stations, before reversing course in 2011.

However, most of the smaller markets do appreciate MNTV for what it is: a service offering reruns that attract a constant audience who are quite happy to tune in and, especially in the months where The CW is in rerun hell, can beat that network. It helps keeps the stations' lights on in primetime, because the other option's going back to airing movies. That may have worked when Netflix, Redbox and even subchannel movie networks (like This TV, Movies!, and GetTV) didn't exist, but nowadays, it's a textbook example of lazy programming. In an age when the vast majority of network-affiliated stations tend to brand with the network and either the channel number, the city, or both, with the call letters increasingly an afterthought, MyNetworkTV also gives them something to brand with that fits the same pattern, with the great majority of its stations, owned by Fox or not, calling themselves "My" something-or-other.

During Cablevision and Dish Network's 2010 disputes over carriage of Fox, most of the pushes were pretty much mentioning everything but the kitchen sink for Fox, FX, and their sports networks, while not one contribution of MNTV was mentioned beyond that it exists (besides lack of research from writers who thought SmackDown! was still on it). This probably earned them a Stealth Insult when Cablevision announced they put the channels back on, by saying MyNetworkTV was a channel of "little or no interest" to viewers.

Putting it simply; even for a national broadcast network, its Facebook page

had only 5,000 likes at one point, and a gap in its posts ran three years straight, beginning on January 10, 2017 and ending January 16, 2020; the page has not had a single post on it since July 7, 2020. note A post on the former date was subsequently deleted from that page; this meant that the only post left on it prior to an update in its cover photo was a promo for Series/Bones that was dated May 13, 2016. One of those "community pages" automatically created by Facebook, normally from Wikipedia pages, has 20,000 likes, with the real page not even appearing in the first results for "MyNetworkTV". Even the lowest-tier cable networks manage to get more Facebook attention than that.

A dispute with Time Warner Cable in 2013, involving some Journal Broadcasting stations (now with E.W. Scripps) that were MNTV affiliates, had that provider happy to point out that all the network's shows were also on the likes of USA Network, Ion Television and Netflix. To add insult to injury, the network's station in Seattle, KZJO, formerly said on its website it disaffiliated from the network in 2011, yet it airs MyNetworkTV well after midnight; it has the same respect there as infomercials and the religious series Shepherd's Chapel. This is even after Fox itself bought the station in 2020, preferring to keep on sister station KCPQ's newscasts in primetime during Fox programming.

MNTV also has the indignity of being mostly on digital subchannels of big network affiliates in markets as large as Columbus, Ohio (where it's on a subchannel of ABC affiliate WSYX)note although it's the same case for The CW in nearby, and similarly-sized, Cincinnati, meaning that it often gets left out of TV listings, won't be in HD in many markets, isn't rated by Nielsen on a regular basis because of its all-repeat schedule, and may not even be carried by a provider because of the lack of any good surrounding programming. In some markets, where the other stations have bought off all the good programming or there's no other stations to carry it, it airs on the same channel as lesser networks such as This TV, Antenna TV, RTV, and MeTV. The means the only thing leading into primetime is either an ancient sitcom rerun or an old movie, thus assuring very low ratings. It can even air out of primetime, with some lesser Fox affiliates in smaller markets and independent stations using it as an alternative to program their late night schedule, rather than having to buy sitcoms off syndication. In some cases, it's the only place it can air due to lack of stations in a market (this is the case in Springfield, Massachusetts, where WGGB's Fox subchannel carries it in that arrangement).

In 2014, MyNetworkTV began showing signs of life. The rerun rights for AMC's The Walking Dead were bought by the network beginning in the 2014-15 season, a move that was lauded as one of the network's smartest decisions. It's Edited for Syndication for obvious reasons, but that might be a good thing depending on how you feel about gore. Unsurprisingly, the show's first night airing on the network gave it its best ratings for an evening since the last night Smackdown aired.

Nevertheless, in September 2015, the network's second flagship, KCOP in Los Angeles, moved the network's programming to late night. This was probably done to kill any chance it could steal ratings from sister station KTTV and Fox itself, instead airs repeats of entertainment newsmagazines in primetime; it would eventually be reversed when the ratings were test-pattern low. It has since met the same fate in Chicago, when Chicago's WPWR began to carry the CW in September 2016, taking over for WGN, pushing MyNetworkTV to late night; it was restored to primetime in September 2019 with the move of The CW to WCIU, sandwiched between repeats of Chicago P.D. (and creating an absurd situation where four episodes of that series air in a row Tuesday nights, from syndication and the network; ''Chicago Fire" episodes air on both MyNetworkTV and Ion at the same time on Wednesday nights).

At the start of 2019 in Cleveland, the network (which had already been bumped out of primetime after The CW moved to WUAB in the summer of 2018) was moved from late night on WUAB to complete Old Shame status on sister station WOIO's MeTV subchannel in the same timeslot, without as much as a programming note mentioning the move (this was also done in Fairbanks, Alaska, where that station is owned by the same company, and in 2020, the company's Anchorage station shifted the entire schedule to their fourth subchannel upon earning the CBS affiliation for their main channel). That same year in Atlanta, network affiliate WATL shafted its programming schedule to midnights by the end of the year in favor of a three-hour-long primetime newscast produced by NBC affiliate and parent station WXIA, out of a desire to better compete with the 9 PM newscast on independent station WPCH (itself produced by CBS affiliate and parent station WGCL) and Fox O&O WAGA's coveted 10 PM newscast. In a couple of markets, it airs in late night on The CW Plus, merely acting as spackle over the network's infomercial time.

From 2006 to 2019, distribution and syndication duties of MyNetworkTV were handled by 20th Century Fox's syndication unit, 20th Television. When Disney bought that studio, taking its television studios and 20th Television with it, Fox Corporation (the successor company that retained both Fox and MNTV) set up its own distribution unit, Fox First Run, for the network to handle those duties.