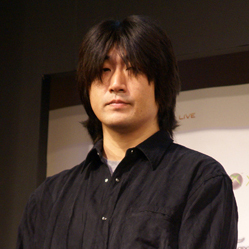 Motoi Sakuraba (born August 5, 1965) is a video game composer best known for his work in Star Ocean, Baten Kaitos, the Tales Series, and Golden Sun, as well as other tri-Ace works like Valkyrie Profile. He has even made a cameo appearance in Tales of Phantasia. On top of that, he was also one of the many composers that did work on Super Smash Bros. Brawl's humongous soundtrack. After that, he also collaborated on Masahiro Sakurai's next game Kid Icarus: Uprising. His work often involves heavy electronica or electric guitar, and tends to start with strong melodies and then dissolve into more scattered notes. His work in Dark Souls, however is a departure from his usual blend of electronica and orchestra, instead just focusing on the latter.

He began his music career working the keyboards for a Progressive Rock band, before joining Wolf Team to compose for their Shoot 'em Up games. He still performs on the keyboard from time to time, and has worked with Revo's Sound Horizon group, and was the keyboardist for Revo's Bravely Default soundtrack.