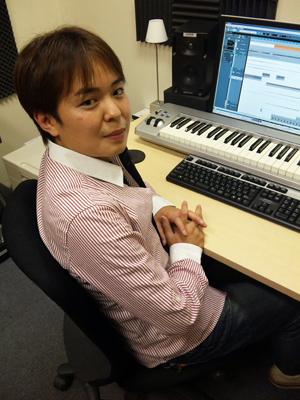 Mitsuto Suzuki was born on April 1973 in Kyoto. He started his career creating electronic solo albums and Erik Satie remixes. These works were critically praised for their ambient and minimalistic use of electronica. In 1997, he founded the Japanese techno-pop unit Overrocket with co-producer Takashi Watanabe and female vocalist Michiyo Honda. The group produced five albums, multiple singles, and several other remixes.

After contributing a Gymnopédie remix for Keyboardmania 2nd Mix, Suzuki contributed several remixes for the beatmania and Zone of the Enders. In 2006, he decided to become a full-time synthesizer operator at Square Enix, but still produced electronic music for their bootleg series. This culminated in the In My Own Backyard solo album being released on iTunes.

At Square Enix, Suzuki initially implemented parts of the scores for Project Sylpheed and Heroes of Mana. He later integrated Final Fantasy remixes for the Wii's Chocobo Dungeon and enjoyed an electro-acoustic collaboration Masashi Hamauzu's on Sigma Harmonics. He has also made remixes for The World Ends with You, Dissidia Final Fantasy, and Square Enix Battle Tracks.