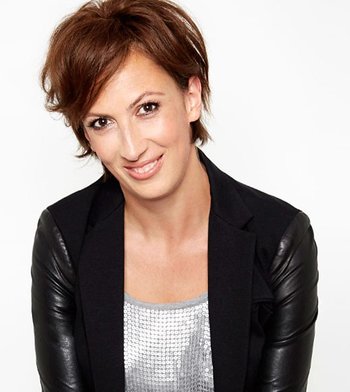 Hart is best known for creating and starring in her eponymous BBC sitcom Miranda, based on an earlier, semi-autobiographical radio program called Miranda Hart's Joke Shop. The series was a critical and commercial success, even meriting a move from BBC Two to the main BBC One channel between its first and second seasons. Miranda ended after three seasons and a two-part special that wrapped up its remaining story threads.

Towards the middle of her run with Miranda, Hart also began appearing on the BBC series Call the Midwife, which showed off a more dramatic side than she'd been associated with up to that point.

After the conclusion of Miranda, Hart's role in the 2015 Melissa McCarthy vehicle Spy brought her into a wider American consciousness; Miranda also began streaming on Hulu during this time, which brought in newer viewers as well.

Outside of acting, Hart has written two memoirs (2012's Is It Just Me? and 2016's Peggy and Me) as well as a children's book, The Girl with the Lost Smile, illustrated by Kate Hindley. In 2017, she made her West End debut in the 2017 production of Annie, portraying Miss Hannigan.