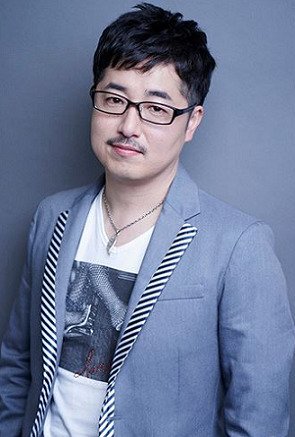 Minoru Shiraishi was born in 1978 and a voice actor for ProFit. He is the only live-action character to reach top ten status in Newtype Anime's Monthly Top Ten Most-Popular Male charts. Since his role in Lucky Star, he has hosted a lot of shows, skits, and live venues... even going so far as to voice announcers in anime. He also has his own Memetic Mutation (see above) and can sing pretty well, handling the majority of Lucky Star's second half's closing themes.

Not related to Ryōko Shiraishi.