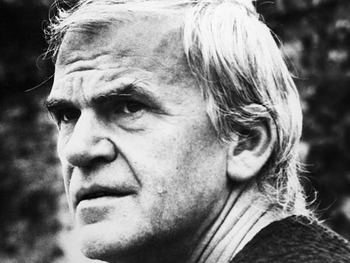 Milan Kundera (born 1 April 1929) is a Czech/French novelist whose work focuses on the philosophical. He's most famous for his novel The Unbearable Lightness of Being (which was also adapted into a highly acclaimed film version starring Daniel Day-Lewis), but has a wide variety of works that can be found at the Other Wiki

Most of his writing is in French. For a taste of his work, take a look at a short story of his called "The Apologizer,"

translated into English and free on The New Yorker's website.