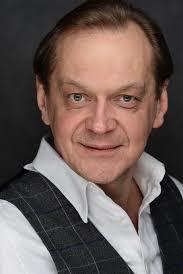 Mikhail Vitalievich Gorevoy (Russian: Михаил Витальевич Горевой) is a character actor who was born 19 May 1965 in Moscow of what was then the Soviet Union.

After working in various smaller-scale productions for many years, he garnered international notice in the 2000s and 2010s for starring in films such as Die Another Day, Bridge of Spies, and Hunter Killer.

In terms of Gorevoy's background, after his childhood in Moscow he went on to graduate with honors from the Moscow Art Theater School in 1987 and began his acting career on stage at the prestigious Sovremennik Theatre. Around this time, his son Dmitriy Gorevoy was born. The younger Gorevoy is also an actor and is known for appearing in movies such as 2006's Bastards.

Tropes associated with Gorevoy's work include: