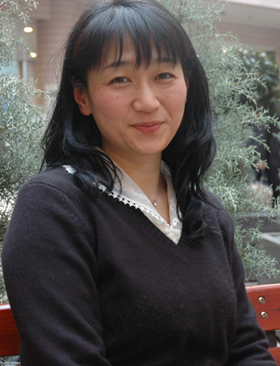 Michiko Naruke is a Japanese video game music composer best known for the Wild ARMs series and its distinctive Wild West flavor of music. Before this, she worked with Telenet Japan and Wolfteam, and was the primary composer of the Tenshi No Uta series.